A Single Father with Four Daughters Who Are Blind

In a rural village in the Tibetan Areas of China, there was a man named Sunga who had 4 daughters and all of them were blind from cataracts.

Sunga faced a heartbreaking decision; he could only afford to bring 3 of his daughters to the Seva eye camp. The youngest daughter insisted that her older sisters go to get treatment, but once left home alone, she broke down and wept. 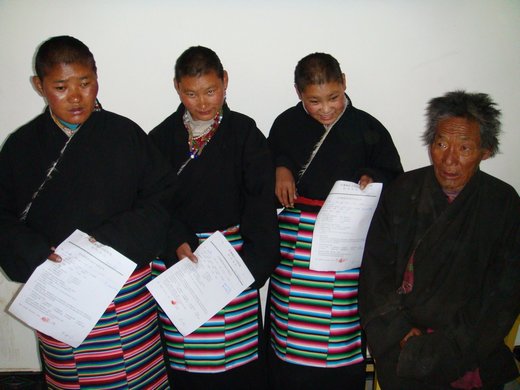 Sunga and three of his daugthers at the eye camp

Women make up the majority of the world's blind and are 1.3 times more likely to be blind than men due to the socioeconomic and cultural barriers they face accessing care, including not being seen as equal and as valuable as men.

Blindness weakens a woman’s potential by minimizing adult productivity, which negatively impacts the individual, her family and her entire community. By restoring a woman’s sight, she can access education, employment and income which helps lift herself and her family out of poverty, benefiting entire communities.

Upon learning that there was another daughter who was blind, the ophthalmologist, Dr. Sonam Dradup, hired a motorcycle to travel the 75km to find her and bring her to the camp. 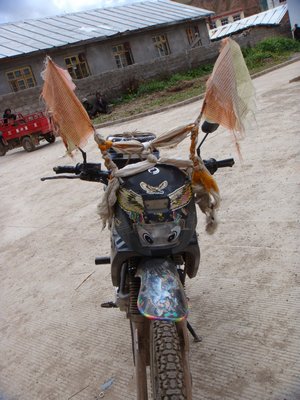 At the Seva eye camp, all 4 sisters received cataract surgery. 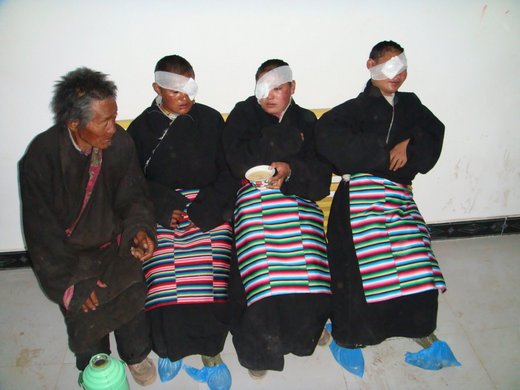 Though saddened that they never saw the face of their mother who passed away in 1994, nothing could take the smiles off their faces or the hope they felt for the first time in their lives. Now they can see each other's faces, work, earn an income and contribute to their family and community. 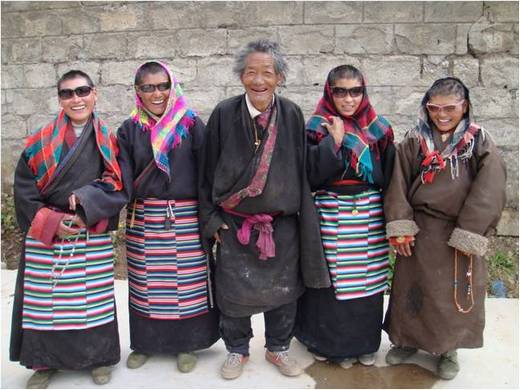 Sunga and his 4 daughters after cataract surgery​

Thankfully, there are men like Sunga and Dr. Sonam ​Dradup, who know the enduring value of women and girls. By ensuring all four young women had access to eye care, these men were a part of making a more gender equal world. Together we can create a more equal and healthier and wealthier world. When women and girls can see and succeed, we all succeed.