Focusing on Her Dream

14-year-old Nitu lives in a small village in Nepal with her parents, older brother and sister. Nitu loves school and pleaded with her parents to let her finish high school so she can become a teacher.

Her parents wanted Nitu to quit school and farm alongside them on the small plot of land they rent to help support their struggling family. But they also wanted her to have a better life than they did and know the importance of education. They were torn. If Nitu did well in her studies and became a teacher, she would be able to earn money and help their family in the future. But how would they manage to feed their family of 5 in the meantime?

Thankfully, her older siblings helped convince their parents that they would work extra hard in the fields in order to let their sister complete high school.

Nitu was thrilled that she would be able to pursue her dreams. That is, until her vision began to deteriorate, making it difficult for her to read her textbooks and keep up at school. Her grades were failing and she was tormented with guilt. Her entire family had sacrificed so much for her to get an education and become a teacher, she didn’t want to let them down.

Then one day a nurse came to her school to test the students’ vision and examined Nitu. The nurse explained that she was farsighted and would need to wear glasses. After telling Nitu her prescription glasses would be free of charge, thanks to the generosity of Seva donors, Nitu smiled from ear to ear.

Now Nitu proudly wears her glasses and is thriving in class, dreaming about the day she’ll be teaching one of her own. 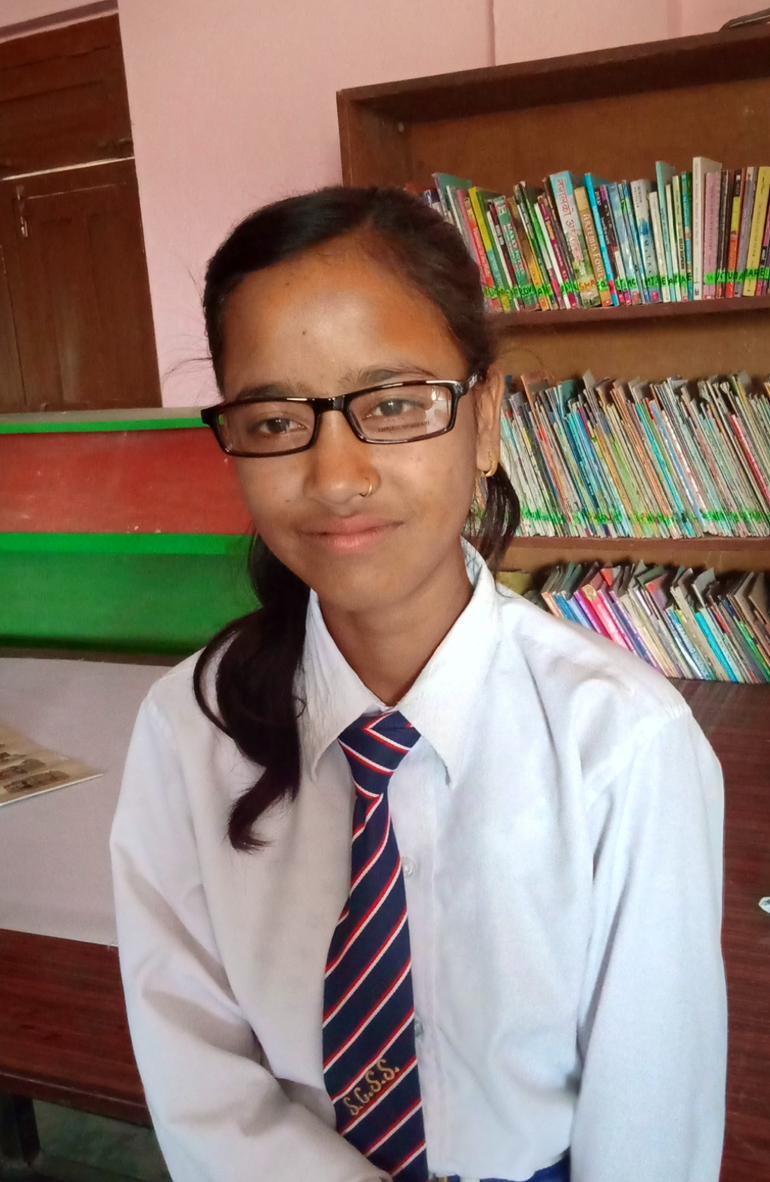