A Gift that will Transform Kid's Lives in Nepal and Africa for Years to Come! 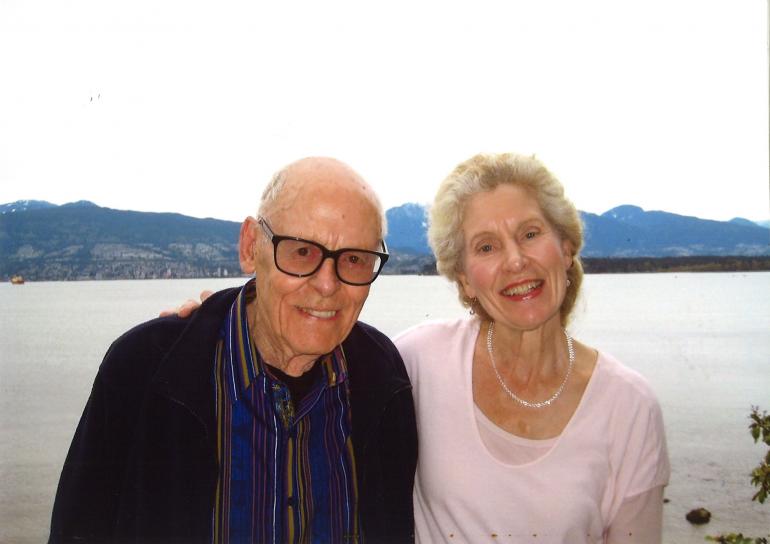 Seva Canada received a transformative gift from Mae Runions Pratt-Johnson to honour her late husband, Dr. John Pratt-Johnson. John was a renowned Canadian pediatric ophthalmologist and Professor of Ophthalmology at the University of British Columbia. As a former Seva Canada board member, John raised funds and trained legions of eye care professionals within Canada and internationally.

We spoke with Mae to discuss John and his international pediatric ophthalmology work.

Mae first met John through a church group in Vancouver and they became close while training for a charity bike ride. During their years together, Mae travelled with John and witnessed the impact of his work One of their first trips together was to Nepal. During the trip, John was concerned that the doctors and staff at the Lumbini Eye Institute in southern Nepal did not have an exercise facility so he contacted his tennis group and raised enough money to build a simple gym. "By the time we got to Lumbini to discuss plans for the gym the idea had taken on a life of its own with the locals and now included architectural drawings and a second story. The foundation bricks were being laid in a deep hole and John descended the ladder to take part in the Hindu blessings and great celebrations were had," recalled Mae. John then returned home to raise additional funds for the more complex building. 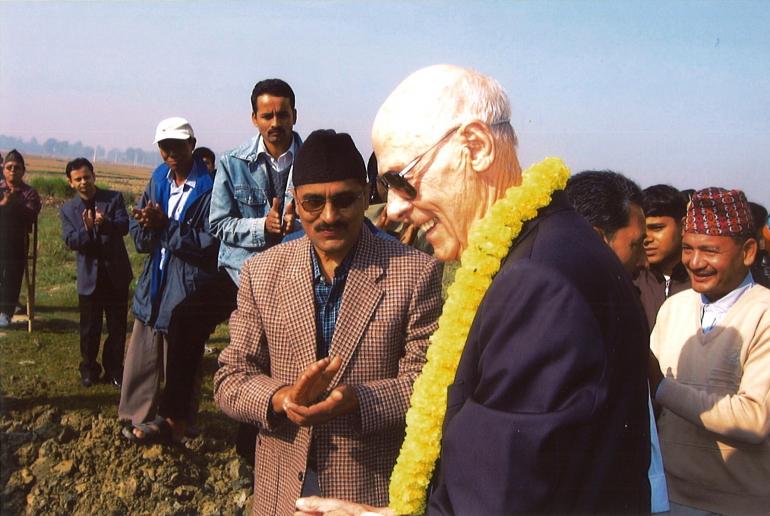 Dr. John Pratt-Johnson with the Mayor at the Lumbini Eye Institute ceremony to lay the foundation for the exercise centre

This story demonstrates John's great love for Nepal. When Mae first met John in 2000, he had been travelling back and forth to Nepal with Seva for many years. He was a strong believer in Seva's vision and its model of service to restore sight and prevent blindness. He liked the challenge of being able to make a real difference medically and he loved the warmth of the Nepalese, and the great aptitude and motivation of the young doctors. Plus, an avid athlete and adventurer, John enjoyed exploring the mountains. "I think he had a deep spiritual calling for working in developing countries" said Mae.

"I think he had a deep spiritual calling for working in developing countries" said Mae.

John gravitated to pediatrics as he had a natural ease in relating to kids. He practiced medicine in Jamaica before he settled down in Vancouver where he became the first pediatric ophthalmologist in the city in 1966. 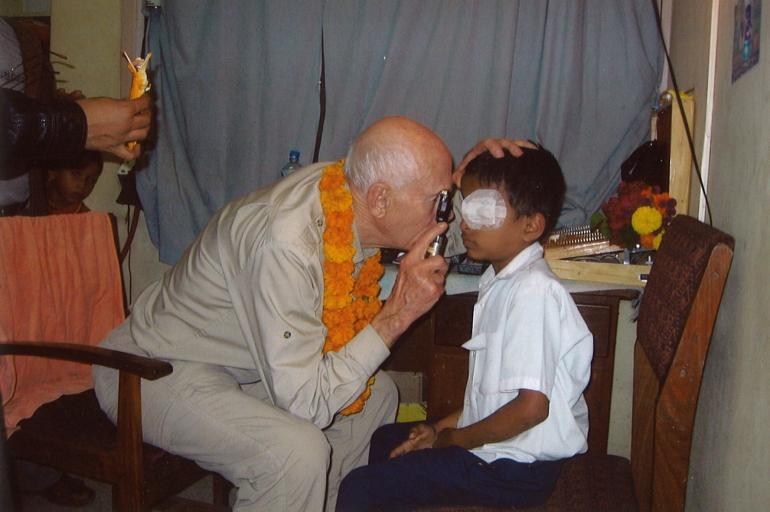 Mae's donation will ensure John's pediatric ophthalmology work continues. Over the next five years, this gift will be used to establish training and learning opportunities at the Lumbini Eye Institute in Bhairahawa, and expand the pediatric program at the Bharatpur Eye Hospital. Funds will also be used to support pediatric programs in Madagascar and Burundi.