Milka is a curious 3-year-old girl living in a rural village in war-torn Burundi. While her home is only 20km outside of Bujumbura, the capital, her village is a world away. Her family lives in a traditional beehive-shaped hut made of strips of wood woven around poles and covered with tin. Her paternal grandparents and an aunt and uncle live in similar huts on either side. Together, the family farms the surrounding land and raises chickens for their livelihood.

When Milka was just over a year old, she began to walk, but she didn’t progress the way most children do – she kept falling and was always bumping into things. When Milka still wasn’t walking properly after a year, her mother began to worry. She also noticed her daughter’s eyes didn’t track properly when she was watching the chickens in their yard.

Milka’s mother heard about a Seva Canada-supported eye clinic in Bujumbura from an outreach worker but she was scared; she’d never been to the city before. Determined to get help for her daughter, she put Milka in her fanciest dress and made the journey to the capital. At the eye clinic, Milka was diagnosed with severe myopia, or nearsightedness. 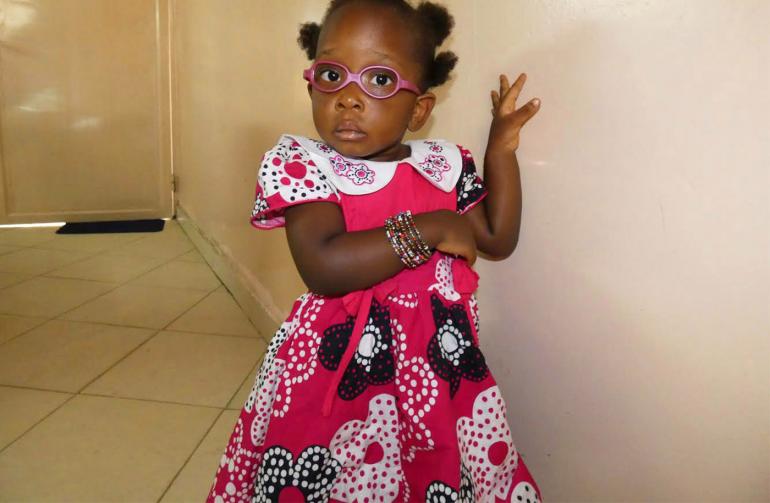 Thanks to the generosity of Seva donors, she received a pair of pretty, pink glasses free of charge – glasses her family could never have afforded.

Now that Milka can see, she’s not only walking properly, but also running and playing with the other children in her village. She’s more animated and outgoing than before and her parents are looking forward to sending her to kindergarten in September.

A $25 donation provides 5 pairs of prescriptions glasses, giving the power of sight to 5 kids in low-income countries.  Help kids see and succeed in school! 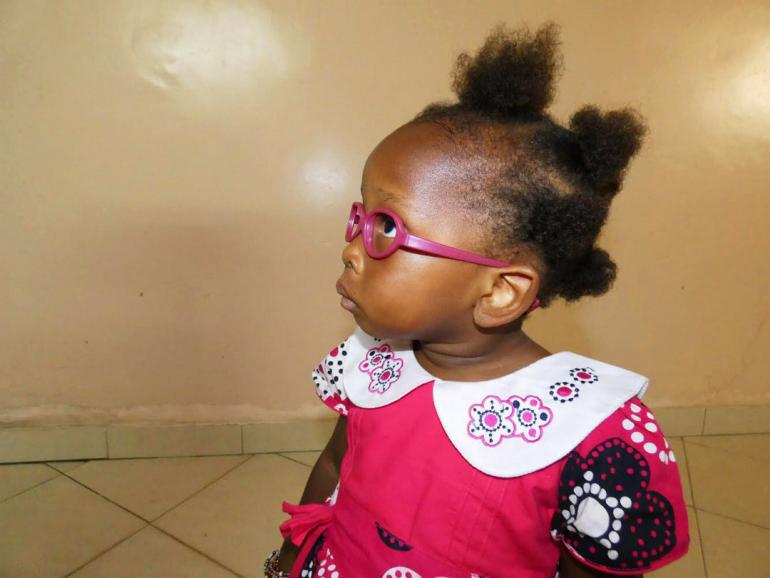