Miranto is a 7-year-old girl who lives with her single mother, Miriam, and younger brother in a rural village in the central highlands of Madagascar. Like the majority of their community, the family farms their small plot of land to provide for themselves. 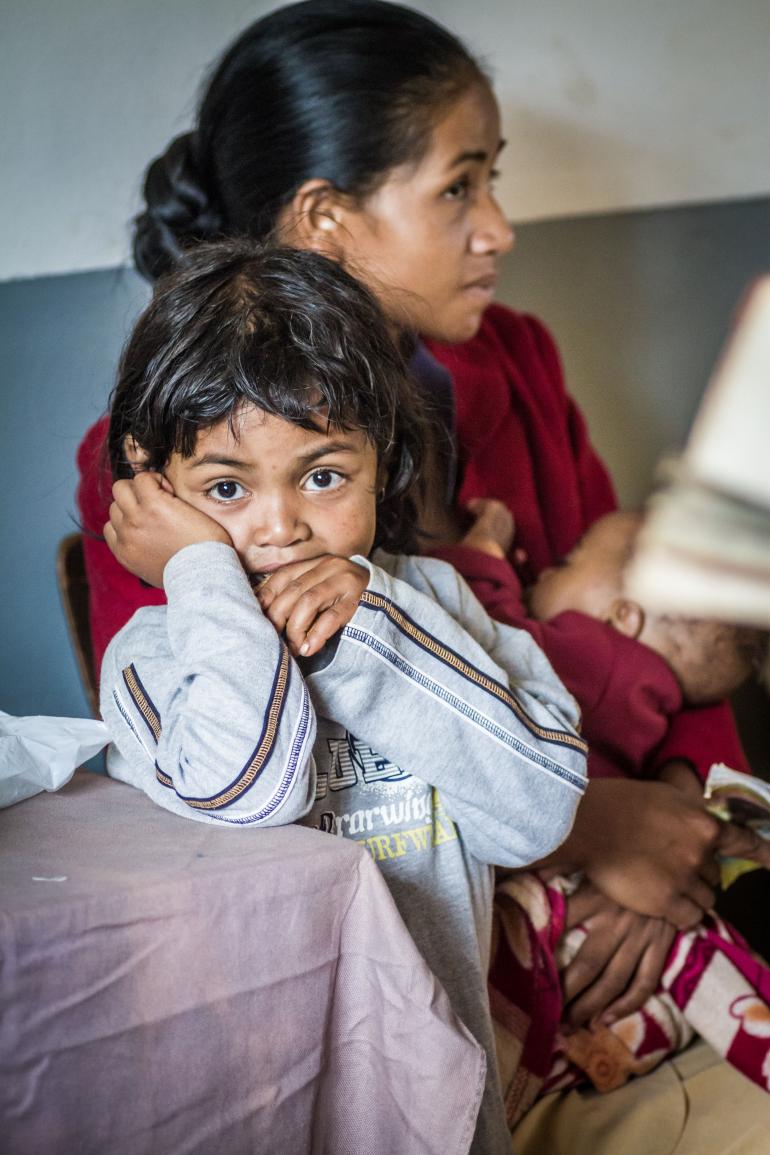 Miranto before receiving glasses and medicine.

Miriam had noticed for a few years that something was off with her daughter’s vision, particularly during the rainy season. She became concerned for Miranto’s ability to succeed in school and for her future.

Fortunately for Miranto, a Key Informant (KI) visited her village to identify people in need of eye care. The KI noticed a white dot on Miranto’s eye and referred her to an upcoming Seva-sponsored screening camp. Miriam, who had never been to a doctor before, was hesitant to seek medical care for her daughter but the KI eased her fears. To reassure Miriam, the KI introduced her to another mother whose son had been helped by the eye care team.

At the screening camp, Dr. Richard Andriamampihantona examined Miranto and determined the white dot in her eye was a bad allergic reaction, made worse by humidity during the rainy season. 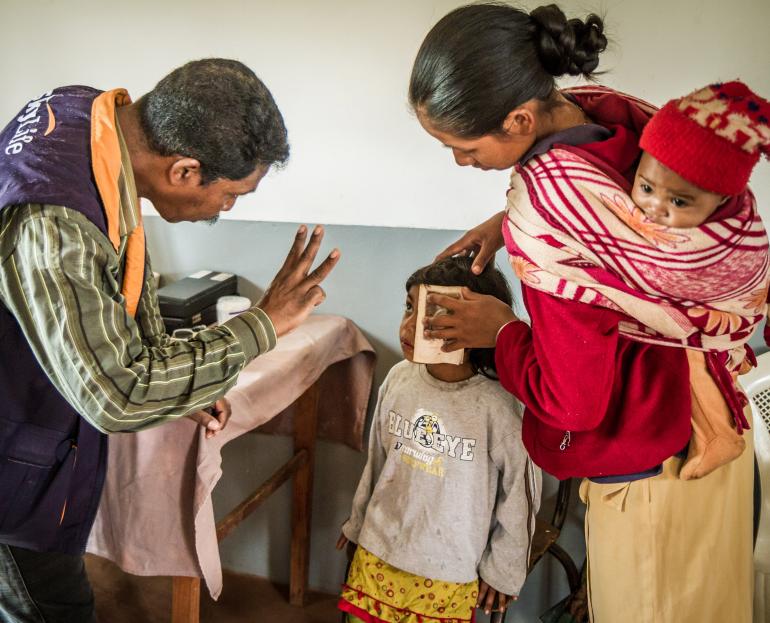 Miranto being examined by Dr. Richard

He also discovered that Miranto was visually impaired and in need of glasses. Thanks to the generosity of Seva donors, Miranto was provided with medicine and prescription glasses free of charge. 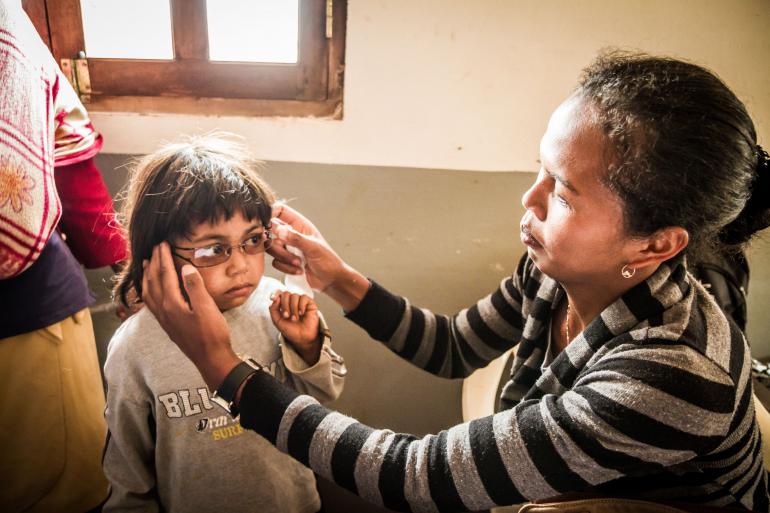 Now, Miranto is succeeding in school with the hope of one day becoming a nun. Her mother is overjoyed and grateful that Miranto can now pursue her dreams. 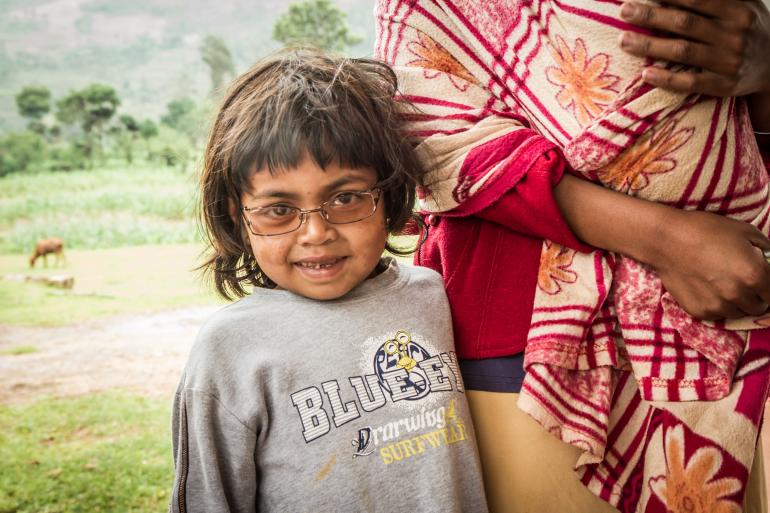