This Mother's Day, Give Mom a Gift Like No Other!

This Mother’s Day, honour the mothers in your life by giving the gift of sight to a mother in need in a low-income country. Women just like Sabine, a 27-year-old woman and mother of two small children, who lives in the Analamanga region of Madagascar.

Sabine, the sole income earner of her family, washes clothes to support her two young boys, 2-year-old Randrianantenaina and 11-month-old Nomenjanahary, and her husband. While Sabine is at work and her husband is job hunting, their neighbours care for the children.

One day Sabine discovered that her two children were experiencing eye problems and was not comfortable leaving them with her neighbours. Unable to afford a doctor, Sabine stayed at home with the kids, unable to work.

Thankfully, Emma, a local outreach worker, found Sabine and her children while visiting their village looking for people in need of eye care. Emma quickly realized that something was wrong with Randrianantenaina’s and Nomenjanahary’s eyes and told Sabine to bring them to the Eye Hospital for care.

Sabine hesitated at first, worried that she would not be able to afford the critical eye care. Emma counselled Sabine and explained that the eye care would be free of charge, and that it was imperative that the children received care as soon as possible to ensure they had healthy vision for life. 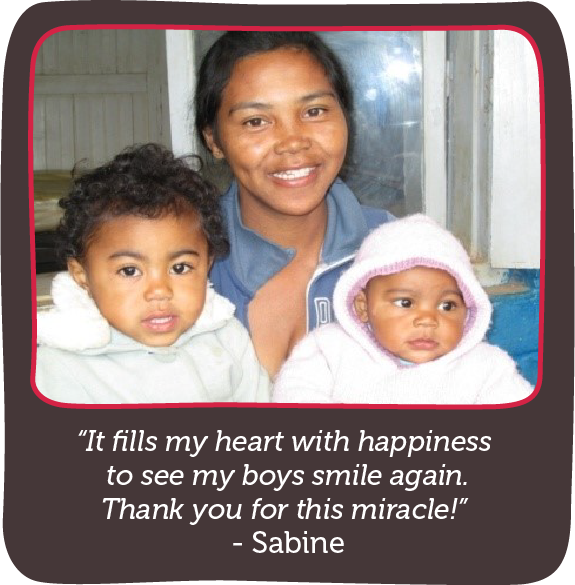 Emma took Sabine and the boys to the eye doctor who diagnosed both of the children with bacterial conjunctivitis, commonly known as 'pink eye'. Had Sabine waited longer, this infection might have caused permanent damage to their eyes and vision, and potentially contaminated the rest of the family. The children were prescribed medicine to treat the infection.
Emma followed up with Sabine two weeks later and learnt that both of the boy's infections were gone and they could see clearly again. Sabine was relieved and delighted that her children’s eyes were healthy, and she could return to work and provide for her family.

This Mother’s Day, celebrate the special women in your life by giving the gift of sight in their honour. We will send them a beautiful card letting them know how their present will provide eye care to another family just like Sabine's. 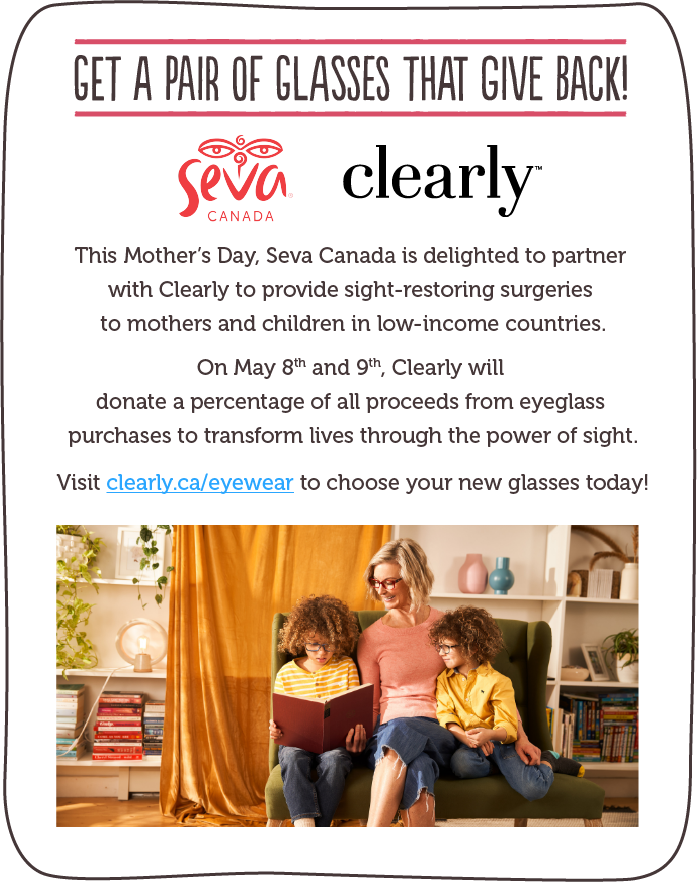