Seva Canada is Rated as a Top 100 Charity by Charity Intelligence! 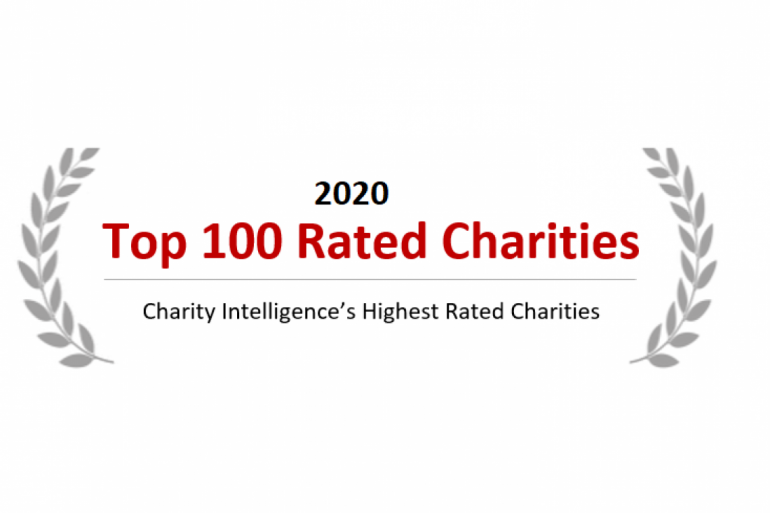 To help donors give well, and after vetting Canada’s largest charities, Charity Intelligence (Ci) today releases its Top 100 Highest Rated Charities for 2020. 2020’s list includes some household names – such as Doctors Without Borders, World Vision, and Terry Fox Foundation – along with some newly-discovered gems.

“The combined effects of the WE Charity scandal and COVID have made donors more cautious. Sixty percent of Canadian donors say they will do more homework on the charities they support. Ci’s Top 100 list is the perfect tool for this essential due diligence. Ci’s reports on charities give Canadians facts so their giving can do the most good possible,” says Kate Bahen, Managing Director Ci.

The 2020 Giving Season is going to be extraordinarily challenging. Flattening the COVID curve is also flattening giving. Imagine Canada estimates this year’s giving will drop by between $4 billion and $6 billion. Yet frontline charities – such as food banks, crisis lines, and shelters – are under enormous financial stress, compounded by unprecedented demand. On top of COVID, the WE Charity scandal has rattled donor confidence. Providing data enhances donor knowledge and is one way to restore that confidence.

While most giving is influenced by a charity’s brand, Ci analyzes a charity’s results, costs, and impact, outcomes that are typically less well identified. Ci ratings use objective measures that include transparency, results reporting, need for funding, cents to the cause, and demonstrated impact (where available).

Leaders in reporting to donors—a good signal of accountability. The Top 100 charities post annual reports with 53% more results information than other charities, details that enable donors to make informed and intelligent giving decisions.

Financially transparent—all 100 charities follow best practices of posting the most recent years of audited financial statements, compared with 61% for other charities analysed.

Cost efficient—with overhead spending averaging 21%, compared to an average of 28% for all charities analysed.

In need of support—none has more than three years of funding reserves.

Rated for impact—44 of these 100 charities provide demonstrated social impact of ‘Average’ or higher.

Of varying size—eleven are small. Giving to smaller charities is a strong donor preference. Of note: East York Learning is the smallest charity on the list, receiving $37,000 in donations for its exceptional work in adult education. To learn more, see 2020 Highest Rated Small Charities.

Household names and newly-discovered gems—sixteen charities are making their first appearance. Some of these charities made significant efforts and improvements. For example, Boys and Girls Clubs of Winnipeg improved its results reporting by 75%.

Since 2007, Ci has annually posted its Top Pick charities. To learn more, see Understanding our ratings.

Be Informed. Give Intelligently. Have Impact.