By Susan Nerberg, published in the UC Observer

Blindness threatens millions in Ethiopia, with women and girls at the greatest risk because of unequal access to care. In response, Seva Canada’s “Equal Right to Sight” campaign has found creative ways to help women restore their sight — a big step toward empowering entire communities.

It’s screening day in Adet, a dusty town surrounded by farm fields in northwestern Ethiopia. Some 750 people have gathered to have their eyes checked for cataracts and trachoma, the leading causes of preventable blindness. The screening and subsequent treatments are free thanks to Seva Canada’s support of a community-based program led by Dr. Hiwot Degineh. She is one of only two ophthalmologists at the public hospital in the nearby city of Bahir Dar, which serves a population of seven million.

In Ethiopia, men and boys are almost twice as likely to receive eye care than women and girls. One reason for the imbalance is that women take care of their households and families, so even a day or two away for treatment, plus the healing time, can be difficult to manage. “By making eye care more gender equal, more women can return to activities that support families and communities,” says Penny Lyons, Seva Canada’s executive director. “And more children can return to or fully benefit from school.”

To level access to care — delivered by Ethiopians for Ethiopians — Seva Canada’s support helps local ophthalmologists identify the barriers for women and girls and then devise creative strategies to get past them. In Adet, for example, that means engaging a microfinance team, which sets up small loans for women to start businesses. The women on the team are highly respected and help get the word out about screening days like the one held last October. They were so effective that more patients than ever showed up — including young women such as Tejitu Manaye. The 16-year-old had cataract surgery the day after the screening. “Now I’ll be better able to study,” she says. “I want to become a doctor so I can
help others one day.” 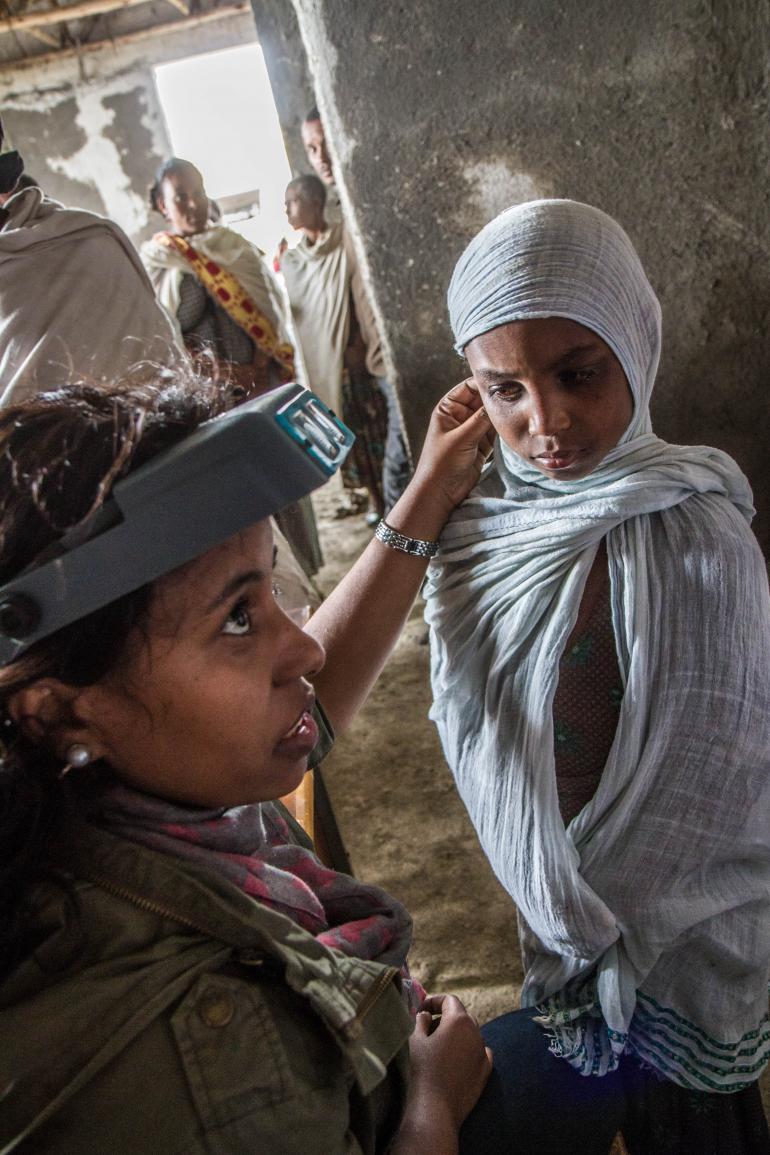