Khadija, a bright, beautiful toddler and her proud first-time parents live in a one-room house in rural Tanzania. When Khadija was just one year old, her mother and father's new parent joy quickly turned into worry when they noticed she was having trouble seeing and saw white spots in her eyes.

Khadija’s mother had to watch her constantly, even carrying Khadija on her back while cooking so she could not wander towards the stove. Khadija could not tolerate the sun and often kept her eyes closed. People would ask, “Why is your child always sleeping?” 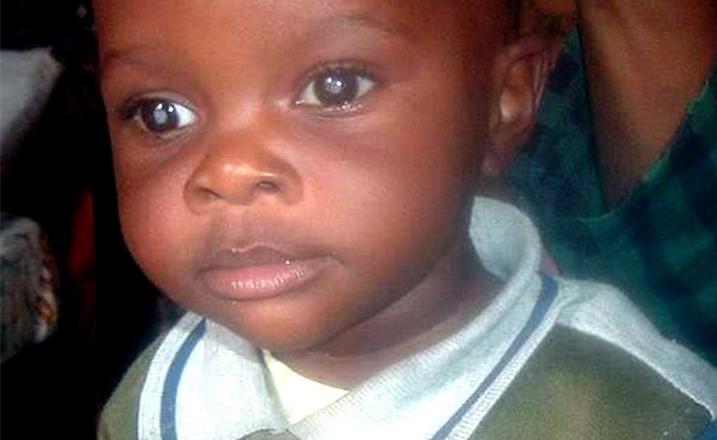 Khadija with visible cataracts in both her eyes

Khadija struggled to feed herself and her playmates took toys from her knowing she couldn’t see. Khadija’s mom felt helpless; she had no idea what was wrong with her daughter’s eyes or if the condition could be treated.

Thankfully, Khadija’s uncle heard about a Seva-sponsored eye clinic in a nearby city and convinced her parents to take her. Khadija’s father worried that surgery might cause more problems but reluctantly agreed to take the baby in the hopes that her vision could be fixed.

At the clinic, Khadija was diagnosed with bilateral cataracts and received sight-restoring surgery at no cost.

Four months after the surgery, Khadija, now two, is a happy, lively, and curious toddler.

Khadija’s relieved parents are comforted knowing their daughter can look forward to a lifetime of healthy vision. On behalf of the many children like Khadija who have been given the power of sight through the generosity of Seva Canada donors, thank you.