What Feels Like the End is Often the Beginning

"This child was saved by people; I can't thank them enough. My wife and I were so desperate and did not know what to do until we met the Community Eye Centre's staff, godsend indeed!"

When Kemuel was born in Cibitoke, Burundi, his parents reveled in the excitement of their firstborn child. The elation began to fade when a family friend, a doctor, came to visit the cataracts. He encouraged the family to take Kemuel to the Community Eye Centre to have his eyes examined. The first-time parents were scared and anxious - how would they raise a child who is blind?

At the Community Eye Centre, the eye care team confirmed that Kemuel had congenital bilateral cataracts and he was scheduled for surgery at the Eye Hospital. His parents didn't believe that their beloved son would ever be able to see but followed the doctor's instructions out of respect. At 6 months old, Kemuel underwent his first cataract surgery and was given a pair of glasses. 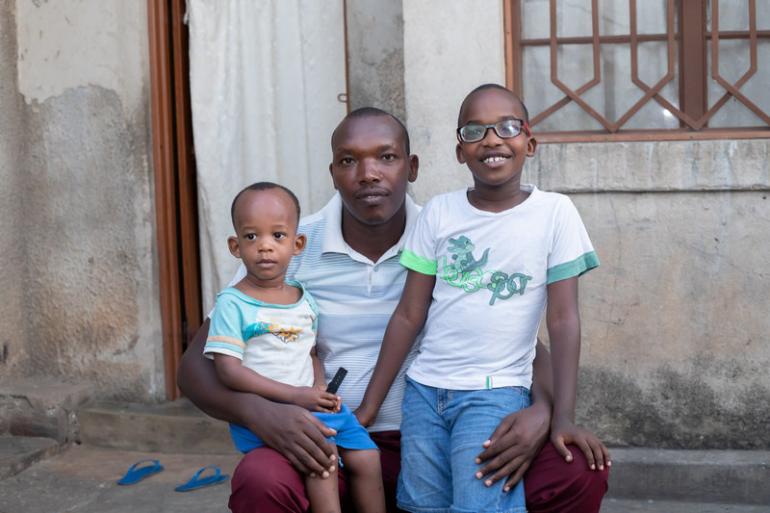 Kemuel with his father and brother ©Jean de Dieu Iradukunda

"At 12 months old, I was astonished to see that he could move his eyes when I placed my hands in front of his face. I came to realize that he was starting to progress the way that most children do," said his mother with tears of joy running down her cheeks.

"Now I believe that he can aspire to a brighter future. He is going to go to school and have good grades just like other children!" said Kemuel's father.

"Now I believe that he can aspire to a brighter future. He is going to go to school and have good grades just like other children!" said Kemuel's father. 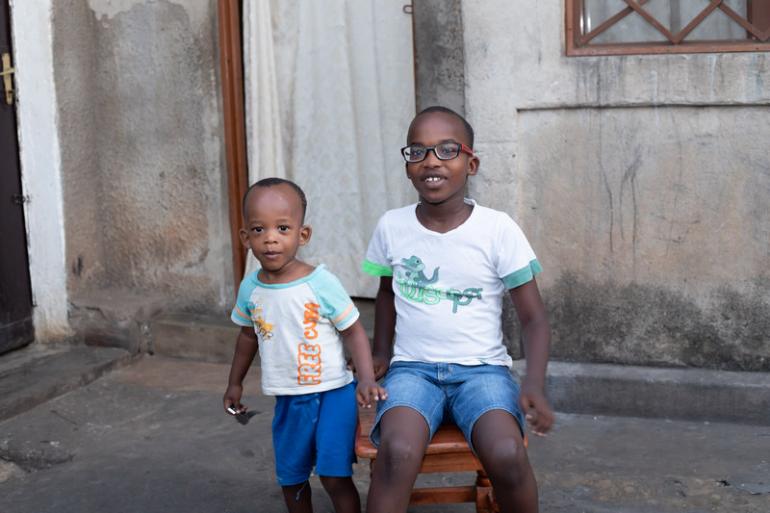 Today, Kemuel is a rambunctious 7-year-old who sees the ophthalmologist twice a year for follow-up visits and to update his prescription glasses. He loves going to school to learn and play with his friends, and just be a regular kid.